We’ve just expanded our middle school social studies content to include new skills on world history! This release adds to our existing content on early China and European exploration and colonization, and we’re introducing our first skills in two important subject areas: the Renaissance and ancient Greece. Read on to preview the new skills, then head to IXL to try them out!

This skill is the first in a series of skills on ancient Greece. Students will learn about the geography and key physical features of Athens, as well as the religion and social structure of the Athenian people. 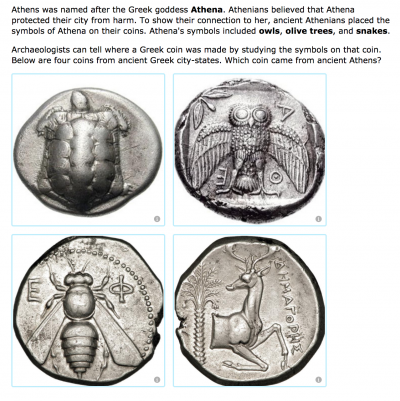 In this skill, which is the start of a series on the Renaissance, students will learn about the origins of the Renaissance and the changes in art, education, and social structure that began in Italy and spread across Europe. 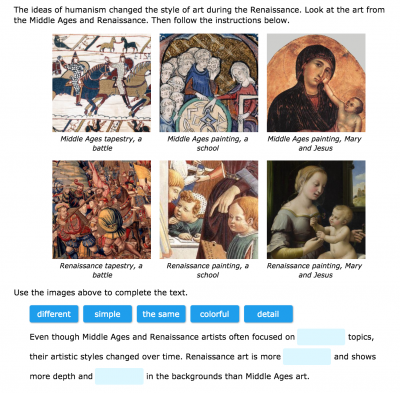 A new addition to our Age of Exploration series, this skill shows students the geographic and political circumstances that pushed Spain and Portugal to take the lead in overseas exploration. Students will discover how the Columbian Exchange changed the world and will also consider the effects that European expeditions had on people in the Americas, Africa, and Asia. 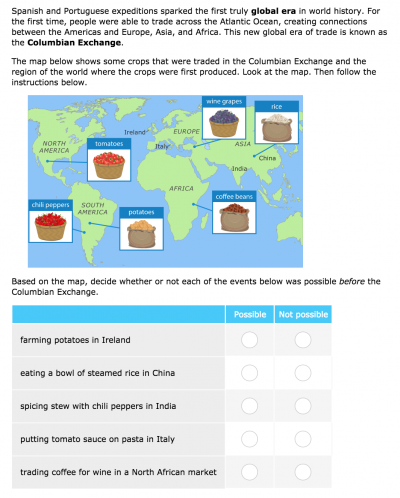