What do you do at IXL? Give us a taste of what a typical day at work is like for you.

Right now, I’m working on making our product responsive. What this means is making IXL look good on smartphones and improving the mobile experience. Most of my role focuses on managing other team members and finding which part of this project they can work on based on their skill level. While I’m not coding as much as I was before, I previously wrote the code for some components that students interact with on IXL like the fraction bars and algebra tiles in these math problems.

What skills/qualities does it take to do your job?

It’s important to have a desire to problem solve, which I think is a little more important than your coding ability. If you do run into an issue, you should be willing to try to solve it on your own first. You should also be able to know when you’ve reached a point where you need to ask someone else for help. Those are some of the best qualities that help us do our job as software engineers.

Why did you join IXL?

When I interviewed at IXL, I really enjoyed everyone I interviewed with. I felt like everyone was very friendly and helpful. I was also drawn to IXL because of its location in California. Growing up in Texas, I always thought California weather was boring because it was nice but the same all the time. After going to college in the Northeast, I learned I do not actually like snow, and wanted to live in a place with perfect weather.

This one’s easy, it’s definitely the people I work with! We’re not just co-workers, but we’re also really good friends. For example, there’s a group of us that play Dungeons & Dragons every Wednesday (we’re pretty excited since we’re 20th level) and we’re also going to do an escape room this weekend. At work, everyone is willing to be helpful and remarkably patient. I think so many of our employees have experience in tutoring or education, so they’re more willing to explain the same concept 20 different times to help you understand.

What do you like to do in your free time?

I play board games and video games once a week. I have also been doing aerial arts for the last four years. Aerial dance is done in a hammock, which consists of a single silk tied up on itself. We learn dance moves to incorporate with aerial tricks. It’s a lot of fun! 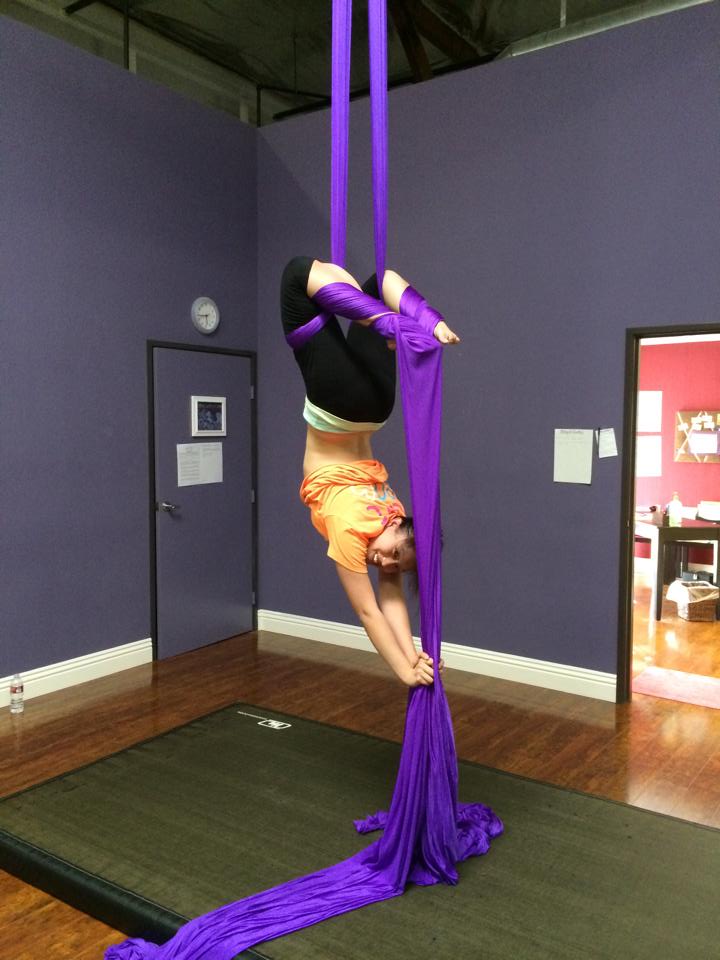 I really like to watch shows like The Bachelor. I also really enjoying eating cheap fast food.

As a child, what did you want to be when you grew up?

When I was in elementary school, I really wanted to be a paleontologist because I liked digging up rocks. “Paleontologist” was a hard word for a third grader, so I felt cool saying that’s what I wanted to be when I grew up!

One of my favorite vacations is a cruise, mostly because it forces me to get off the computer and phone. It gives me a chance to disconnect and enjoy what I have in the moment. I can also figure out what I want to do everyday on my own instead of having a strictly planned schedule.

If you could have any superhero power, what would it be, and would you use it for good or evil?

My superhero power would be teleportation. My family lives in Texas and China and it would be nice to visit them whenever I want.

What was your favorite childhood toy?

One toy that’s really special to me is a four-foot tall bear that I named Brownie. I got him when I was 12 through a program at my mom’s company where the employees bought holiday gifts for kids. Speaking of stuffed bears, for my four year work anniversary, a bunch of my friends at IXL bought me the gigantic Costco bear, which I named Consbearacy. It currently sits at my cube and now people will sit on him and work from their laptops. (see picture below!) 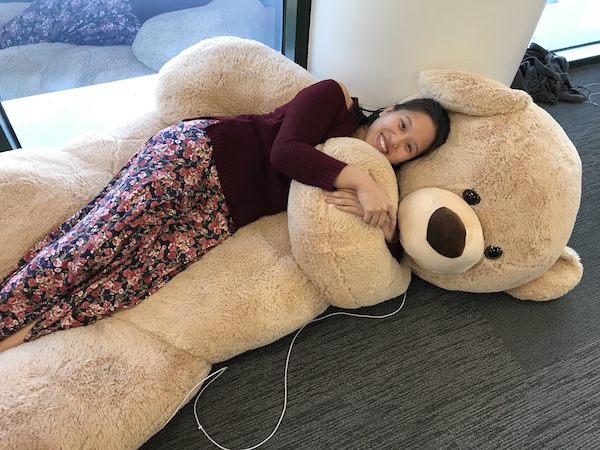