On Saturday, December 1st, a group of IXL volunteers gathered at the Durham branch of the Food Bank of Central & Eastern North Carolina. Teaming up with several other volunteer groups, the IXLers dedicated themselves to a fun-filled morning of food sorting. On the menu for the day—potatoes!

The CENC Food Bank serves people in 34 of the 100 counties in North Carolina. In addition to non-perishable foods like canned goods, donations of fresh produce like potatoes are extremely important to the CENC Food Bank’s mission to fight hunger. Fresh produce is nutrient dense and provides important variety to the meals distributed by the food bank. The CENC Food Bank even trades some of the donated vegetables it receives with food banks in other states in order to create even more varied and nutritious meals.

When it comes to delivering fresh produce, speed is key. Donated produce moves through the CENC Food Bank and out into the community within 36 hours. The IXLers were among more than 100 volunteers who helped process and package bulk donated potatoes in preparation for delivery on the following Monday morning. Working with several 2,000-pound potato bags, the volunteers first sorted through the spuds, discarding any that were not suitable for the dinner table. Good potatoes were then put into smaller family-sized bags, loaded onto pallets, and moved into delivery trucks.

By noon, the IXLers had sorted through an entire bulk potato bag—a literal ton of potatoes! The final haul of delivery-ready potatoes took up 24 pallets and weighed 18,000 pounds. All told, about 23,000 pounds of potatoes were sorted that morning, enough to provide 19,166 meals for people throughout North Carolina. And, as the IXLers learned, discarded potatoes are not wasted; unfit potatoes are often sent to a local hog farmer and used as animal feed. 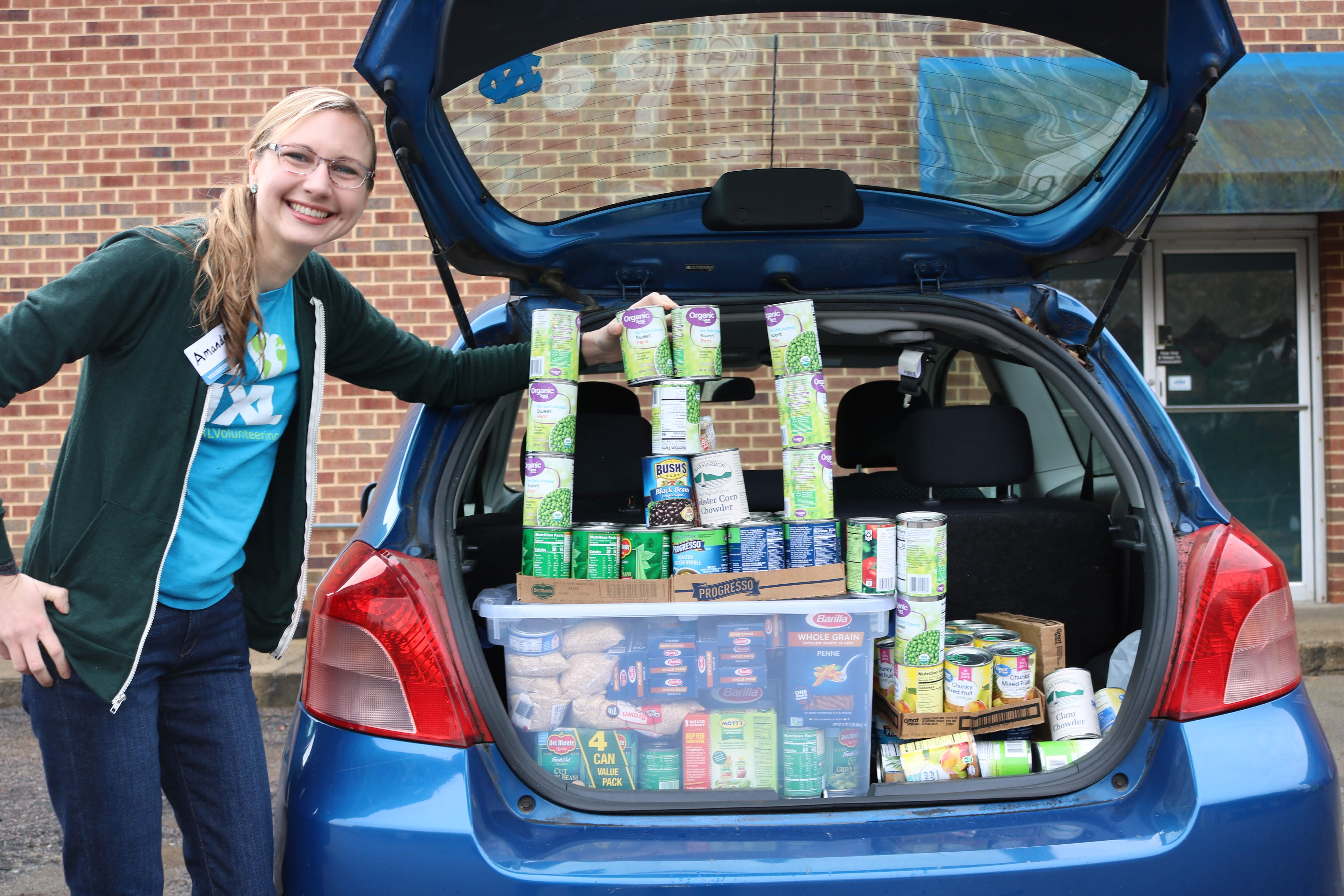 “After getting hands-on with the food bank sorting potatoes, you can really see the magnitude of the work being done to feed the local community,” said Zack MacHardy, an IXL software engineer. “It was inspiring to see so many folks willing to step up in the fight against food insecurity in NC. I’m definitely considering going back to help out again!”

If you’d like to learn more about the CENC Food Bank and find opportunities to volunteer or donate, please visit foodbankcenc.org.